Daily Actions for this Week! Do These Every Day! 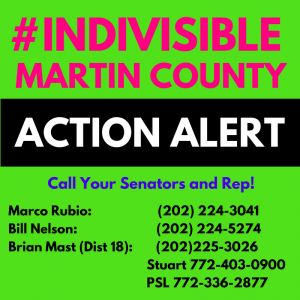 Learn more: Read this brief article from CNN, published on March 28th, for the latest.

2. Vote NO on the so-called “Honest and Open EPA Science Treatment Act” (new)

Learn more: Read the Countable explanation of the bill, and the pros and cons. If you have a chance, also read The New Republic’s article entitled: “Republican’s War on Science Just Got Frighteningly Real“. It’s short and helps explain what the bill would do to stymie scientific research in easy-to-understand language. Don’t be fooled by the nice positive title of the bill–it’s a ruse!

Thomas Burke, who served as the EPA’s chief science advisor under President Obama and others said the HONEST Act would delay or stymie the approval of scientific data at EPA because it requires that the disclosure of private data and that study results be “reproducible,” meaning an outside source must be able to replicate the entire study on their own and get the same results. Scientists say that’s just not possible for many public health studies. Consider a 10-year study of lead exposure in pregnant women and children: How would scientists swiftly replicate the results? Or a study on the BP oil spill’s impact on public health in coastal Gulf communities: How can one reproduce that event?

3. Demand an INDEPENDENT INVESTIGATION into Trump’s ties to Russia (ongoing)

Learn more: Use these handy charts from Politico to see all the links between the Trump administration and Russia.

Make your calls: The website fivecalls has a superb script for this!

4. Oppose the appointment of Gorsuch to the Supreme Court

Learn more: This article discusses why Senator Nelson of Florida has decided to oppose the nomination of Gorsuch to the Supreme Court. You can use it to get some background on him. Basically, he tends to support corporate interest over those of the worker, and his position on women, abortion rights and Right-to-die legislation is hazy at best.

I hope this action list makes life a little easier for you resistors this week! Keep up the AMAZING work, all of you, and remember that Every. Single. Call. Matters. We are like drops of water against stone: one drop may not do much, but many drops will wear the stone away.